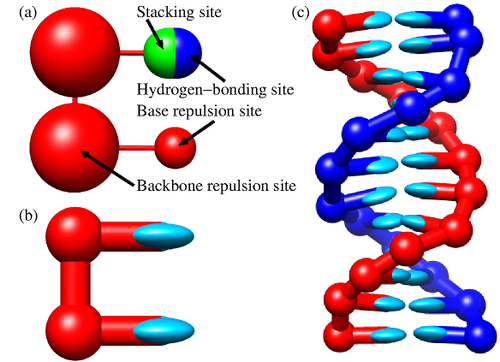 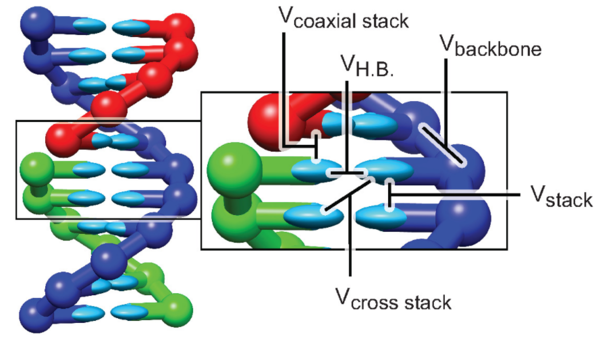 Indication of the interactions which hold together a typical duplex.