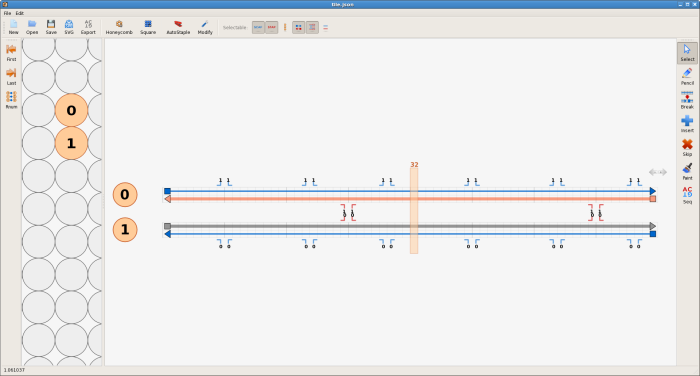 The latest recommended approach to relaxing origamis and other structures can be found in the ${oxDNA}/EXAMPLES/NEW_RELAX_PROCEDURE/ directory.

Note that relaxing structures can sometimes be tricky and the difficulty varies depending on the design. It may be necessary to use some trial and error experimentation. As well as changing parameters, options include modifying the cadnano file, and using external forces to guide the origami towards the correct structure.

If the converted structure has topological entanglements of the strands, these are unlikely to be resolved by the relaxation process, because the oxDNA excluded volume interactions prevents strands passing through each other.